Cryptocurrencies are a form of alternative currency that provides a variety of benefits, such as the ability to make anonymous transactions. While digital assets have been incorporated into the traditional financial system, it has been unfortunate that their privacy has been compromised due to their adaptation.

Cryptocurrency exchanges and other platforms associated with the tool are being required to deanonymize users, in order to improve the security of crypto transactions, by their national regulators.

In recent years, Bitcoin has gained a lot of interest from traders, investors, and even regulators as it has become a community-driven alternative to banks. Bitcoin, the sprouting of blockchain networks, and the potential impact this could have on government operations have raised the concerns of government officials.

For a centralized economy to continue to thrive, it is vital to be able to control the money supply in order to ensure the smooth operation of the economy.

Bitcoin, on the other hand, has opposing principles to those of banks (and even governments). There is no mediator in Bitcoin, and this is one of the main value propositions of this technology.

In other words, the amount of money to be printed doesn’t depend on the decision of a central bank. A cryptographic protocol controls the process autonomously. A distributed, decentralized, and censorship-resistant network is at the center of this network.

Hence, the combination of decentralization, total control, and the allure of transacting anonymously without having to worry about shadows in the background makes crypto and Bitcoin extremely valuable, attracting their own army of dedicated followers.

Use Different Wallets For “Risk” Transactions

You will have to use a wallet that can’t be traced back to you if you want to send or spend bitcoin anonymously, so you can cover your tracks. You need to mix the bitcoin in order to deposit funds into this wallet without leaving a trace behind in order to avoid leaving a trace behind. As soon as you mix the bitcoins, you can use them to send or spend bitcoin anonymously.

An interesting way to mix bitcoins is through the use of a third-party service that breaks the connection between the source and the destination of a bitcoin, which is also known as bitcoin tumbling and bitcoin laundering.

With the help of this wallet, plausible deniability can be created. We will use the intermediary wallet we just created to send bitcoin from your market wallet (such as a Coinbase account, for instance) to the market wallet we have created.

This is done by first sending bitcoin to the intermediary wallet so that the transaction looks like any other transaction you might make with a friend or business, where you send them some bitcoin.

As long as you know how to do it, you will be able to keep bitcoin transactions completely private – to hide who sends what, where, and to whom. A bitcoin mixer, also known as a tumbler, is one of the most popular methods for mixing bitcoin, one of which is the use of a mixer. There are a number of tools that are used to jumble up bitcoins and spit them out to their intended recipients in private pools.

The companies that provide centralized mixers often charge a fee for taking your bitcoin and sending you a different kind of bitcoin back.

Although they present an easy solution to tumble bitcoins, they still pose a privacy challenge since they will not be able to provide a record of the links between “incoming” and “outgoing” bitcoin but will still have the ability to track the transactions within the mixer. Therefore, it is possible that the company may be able to disclose a user’s connection to a coin in the future if it releases those records.

Mixers that use decentralized protocols, such as CoinJoin, obfuscate transactions in a proactive or peer-to-peer manner in order to fully conceal transactions.

As a result, the protocol allows a number of users to join together and share a crypto-currency (in other words, 100 users exchange one bitcoin every time they join) and then can redistribute it so that everyone gets back one bitcoin, but no one can tell who received what or where it came from because no one knows who got what and where it came from.

The term KYC refers to a customer’s knowledge of their customer or the client’s knowledge of their client. A set of guidelines in the field of financial services require professionals to verify that their customers are who they claim to be, that they are suitable for their business and that they are not at risk as a result of maintaining the relationship.

There is a process called KYC that involves identifying people using a particular service, and in many countries, it is a requirement that you provide some identification documents in order to verify their identity. 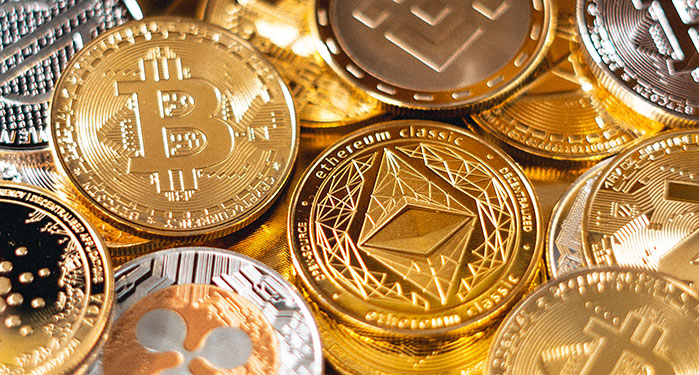 There are a lot of options available to you if you are searching for a crypto exchange that does not require KYC, so do not worry. The only difference between these exchanges and the traditional ones is that they don’t require their users to update their KYC information as the traditional exchanges do.

Besides that, you can send cryptocurrency between parties in a peer-to-peer transaction and remain anonymous from governments and regulators as well. Even if you are able to trade in person, there is still a risk that the buyer will know your identity.

How to anonymize my purchased cryptocurrencies with KYC?

Bitcoin or other cryptocurrencies can be purchased from exchanges a number of times throughout the year. In order to keep these coins safe, you can withdraw them to your personal wallet and keep them on you at all times.

There is, however, the possibility that your identity could be discovered if the exchange has a KYC framework.

As a result, exchanges can share your identifying information with others and the wallet address of the receiver can be linked to yours. When it comes to anonymizing these coins before sending them to your personal wallet, there are many strategies that can help you achieve this.

In order to send the coins that you have bought to another wallet, you have to first make sure that the private key is in your custody. Once you have sent the coins between a few wallets, you are then able to send them to your personal wallet.

Keep in mind that one of the best personal wallets will be the one that gives you access to your private key. The best option here is to use a hardware wallet. Even paper wallets can be used as intermediary wallets for the use of online wallets.

There is also the option of using Bitcoin mixers as an alternative. As we mentioned in the sections above, we discussed this topic in detail. There is a lot more information about mixers available here.

Cryptocurrencies are a great way to maintain your anonymity, and there are many ways to do so. It is imperative that you make new addresses for every single transaction you make.

The experts agreed that members of the crypto community should be able to remain anonymous when dealing with cryptocurrencies.

Additionally, in order for the user to prevent identity disclosure, it is necessary to focus on transactions involving coins since they are more likely to have a high level of confidentiality in order to protect themselves from identity disclosure. It is suitable to use cryptocurrencies such as Monero, Dash, and Zcash, for example.

Cardano’s growth receives another boost as the user dubbed ‘Ethereum killer’ plans to boost its decentralized application (DApp) base.

Crypto has been seeing an unprecedented adoption rate in recent times, but not every part of the country has been welcoming to this industry. A lot of governments have been resistant to the adoption of crypto, even when residents have expressed wanting to be a part of it. So for all of the crypto lovers […]

A series of text messages released as part of ongoing litigation over Elon Musk’s failed Twitter deal reveals CEO of crypto exchange FTX, Sam Bankman-Fried, was willing to contribute up to $5 billion toward jointly acquiring the social media giant.

XRP, the crypto originally launched by the founders of blockchain payments company Ripple, has surged in response to the latest development.

Software company MicroStrategy might be expanding its adoption of Bitcoin. Earlier today, the company published a listed job offering for a Bitcoin Lightning Software Engineer hinting at a new project based on the cryptocurrency. Related Reading: Uniswap Labs Seeks $100 Million In Equity Round, Here’s Why In 2020, MicroStrategy attracted attention as it became one […]