After Jerome Powell sparked a sell-off in risk assets, Bitcoin (BTC), lost some of its recovered grounds as the digital token declined below the psychological threshhold of $20K. Ethereum (ETH) along with major altcoins witnessed a subdued performance as majority of the crypto market traded in red. 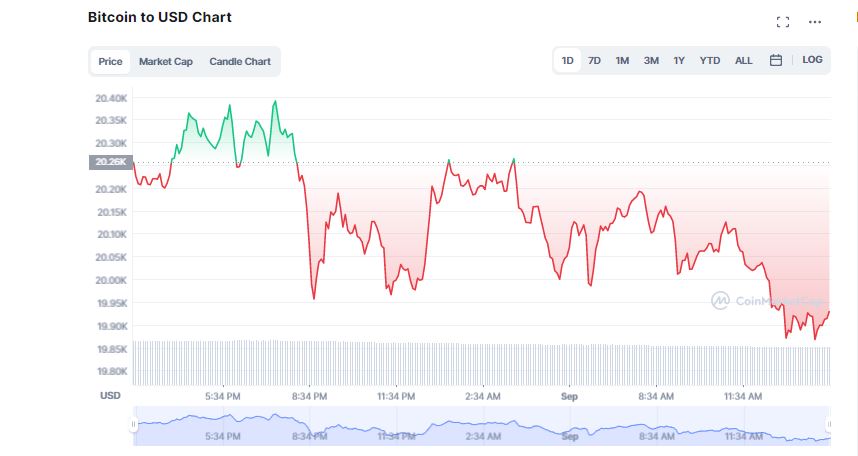 Why has Bitcoin Been Dipping?

Over the past few years, Bitcoin (BTC) has become more intertwined with traditional markets and investors. When the Fed’s began tightening monetory policy to tame cripping inflation, the flagship token has since collapsed with other risk assets like tech stocks. AvaTrade analyst, Naeem Aslam, believes that this mirroring with the broader market has been one of the major factors affecting Bitcoin (BTC) prices. In a statement, he noted,

“This association between the Federal Reserve’s monetary policy and the price of bitcoin has become stronger in recent times, and it’s a big reason why the bitcoin price crashed from its all-time high.” 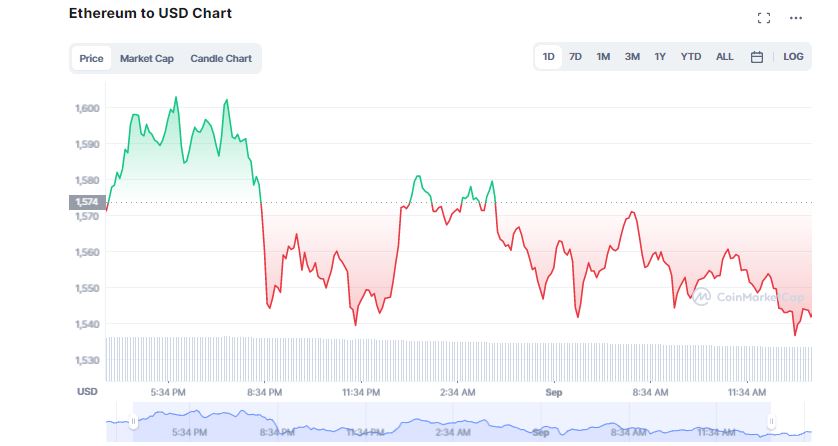 Meanwhile, Ethereum (ETH), lost more than 2.60 per cent valuation over the past 24 hours to trade at $1,541. It will be rather interesting to observe ETH prices with the much awaited Ethereum upgrade, the “Merge” scheduled to be rolled out next week. Edul Patel, CEO and Co-founder of global crypto investment platform Mudrex seemed optimistic regarding Ethereum (ETH) gaining a bullish momentum. Patel claimed,

“As Ethereum, has been seen to be trading above the 1,500 level. ETH may likely break above the $2,000 level before the Merge.”