Bitcoin (BTC) is aiming to breach the $20k mark yet again as the cryptocurrency market witnesses a fresh bout of spring. Ethereum (ETH) along with major altcoins trade in green.

The world’s largest cryptocurrency gained more than 1 per cent over the last 24 hours to hover at $19,956, at print time. Bitcoin (BTC) has been trading sideways between $19,500 and $20,500 for the past few days. The flagship token has been trading nearly 71 per cent lower from its all-time high. BTC declined 2.42 per cent in the past one week after Jerome Powell sparked a sell off noting a continuation in Fed rate hike. 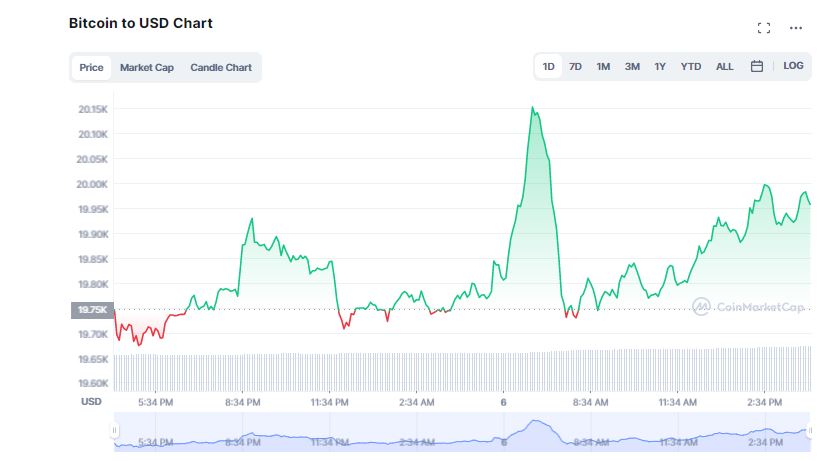 Will Bitcoin Bounce Back Soon?

According to CoinMarketCap, Bitcoin’s dominance in the crypto market has taken a hit falling 0.53 per cent over the past day to 38.29 per cent. Experts believe that Bitcoin (BTC) is continuing to show resilience at $20,000 but it is being put to test as risk aversion sweeps through the market. Edul Patel, CEO of crypto platform Mudrex, explained,

“If buyers can make a move above the $20,000 level, we might see BTC bouncing back soon. However, if the selling pressure increases, we could see BTC reach to $18,900 level too.”

“This persistent accumulation of bitcoin throughout bear markets demonstrates the numerous holders’ strong commitment to and long-term belief in cryptocurrency.” 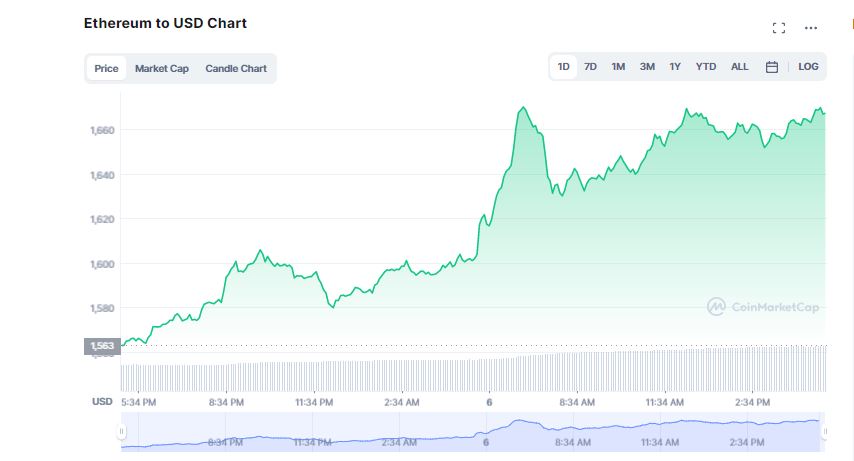 On the other hand, major altcoins were trading with significant gains over the last 24 hours. In the same time range, Solana (SOL) rose almost 6 per cent to stand at $33.13. Cardano (ADA), Polkadot (DOT) and XRP surged 3.58 per cent, 2.26 per cent and 3.90 per cent, respectively. Popular memecoins, Dogecoin (DOGE) and Shiba Inu (SHIB) were trading with gains in the range between 2.87 and 2.90 per cent.

Abdulla bin Touq Al Marri, UAE Minister of Economy, launched the Ministry’s headquarters in the metaverse which is the “digital twin” of the department’s office in Dubai and Abu Dhabi. UAE seems to be leading the race in becoming the crypto hub of the world. Crypto giants including Binance, Crypto.com, Kraken, OKX have already set […]

Bitcoin (BTC) trading volumes against the British pound (GBP) surged to a new high after the Sterling wobbled on Tuesday, prompting market experts to speculate that investors scrambled to dispose of the Pound in exchange for Bitcoin or to profit from arbitrage. The British pound reached a record low against the U.S. dollar, according to data compiled by […]

There are many ways to support cryptocurrency networks’ security and day-to-day operations. Staking is an excellent way to foster broad community participation, assuming it is convenient and accessible. For holders of the $ORBS token, that process is now available through the OKX exchange. OKX Supports $ORBS Staking Cryptocurrency exchanges have transformed in recent years. It […]

So much has been told about crypto throughout the years that it is somewhat challenging to identify myths from facts. But that’s why we’re here! First, it’s normal for an industry in the early stages to be doubted. Cryptocurrencies haven’t been around for too long, which generates a bunch of questions regarding the technology behind […]

After the Vasil hard fork, the price of Cardano (ADA) nearly fell to a year-low as the upgrade failed to generate a bullish trend. The hard fork, which went live on September 22 and 27, hasn’t been able to gain traction and in fact, following the activation of Plutus V2, the price of ADA dropped …